Recently I had to analyze an Oracle DB that showed high elapsed times on some SQL statements that “under normal conditions” were executed in parallel.

The SQL statements with a slowdown were all executed by the same application and they performed a full table scan on a large table defined with parallel_clause equal to 16.

From the point of view of the server processes used, the situation of the DB was the following:

The DB had 248 parallel servers in use and 8 available (the parallel_max_server on the DB was set to 256). I then performed a Full Table Scan on the table (always the one defined with the parallel_clause at 16):

so I looked at the v$pq_sesstat to verify that the query was run in parallel and the DOP was used:

Ok, but what does all this have to do with the SQL * Net break / reset to client event?

During the analysis I noticed a very strange situation when monitoring the sessions:

I noticed that at that moment on the DB there were 15 inactive query coordinator (QC) sessions on the “SQL * Net break / reset to client” wait event, sessions all executed from the same application , some even in life from different days before, which all accessed the same table (always the one defined with parallel clause 16). At some point on the DB there were 15 * 16 (240) server processes busy doing nothing. The SQL statements were left hanging because the client had to unhook the session and the queries were orphaned but the session was not dead and therefore its parallel processes were not dead. The parallel processes existed but were doing nothing because their query coordinator (QC) session was waiting for the client to accept the reset / break. After the kill of these sessions the situation was the following:

After killing the sessions, in rest conditions, the DB therefore kept alive only 64 server processes available (parallel_min_server) and 0 server processes in use. When the load went up, it would activate others up to a maximum of 256 (parallel_max_server).

If you ever see a DB that accuses symptoms like those just described, remember what has just been written in this post. 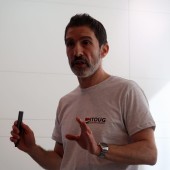 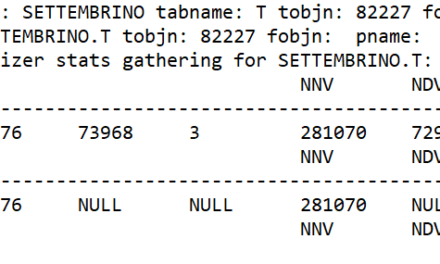